Last week Cresting researcher, Malgorzata Lekan based at the University of Hull, attended the 3rd International Conference on the ‘Role of social solidarity enterprises in the circular economy’ organised by RREUSE, AERESS and Traperos de Emaús Navarra in Berriozar (Pamplona), Spain. The highlights included in-depth discussions on the re-use of textiles and waste electronics as well as on legal circular economy developments at EU level.  Patrick Atohoun, leader of the Emmaus Pahou group in Benin and the new Chair of Emmaus International noted that: ‘We have to be cautious with neoliberal economy, we have to be attentive with rules used at EU level.  We need to use politics to help those who are in most need.  We cannot waste time to fight against each other but to fight together for the same goals. It has to be cooperation – we have competition between NGOs and we need to avoid that to facilitate social transition’ 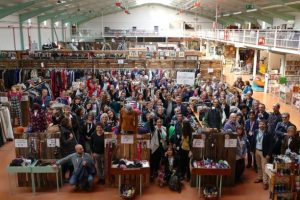 Below (from left to right): Berthold Shleich, Head of Association for Waste Prevention Austria/Zero Waste Austria (Arge Abfallvermeidung GmbH) based in Graz; Gerard Lechner, a postdoc researcher from the University of Graz (a Cresting Beneficiary); and Malgorzata Lekan, University of Hull. 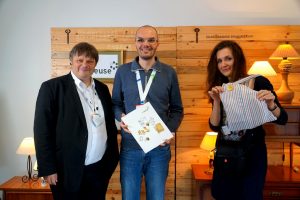 Asociación Proyecto Abraham from Murcia made creative reusable bags and badges for the conference: 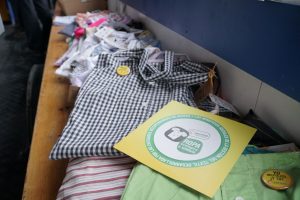 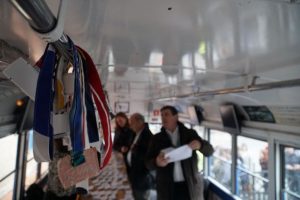 The conference venue offered a range of diverse and colourful chairs. 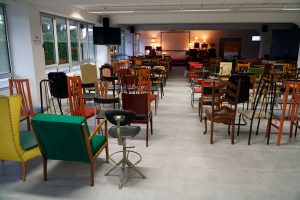 The conference offered several workshops that facilitated networking and knowledge sharing between participants.  Below is highlight from the workshop on how EU policies could better promote circular social enterprises. 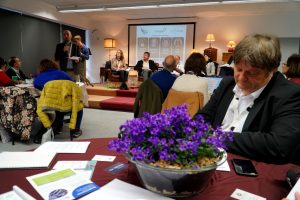 This is the Traperos de Emaús Navarra store where conference participants could purchase reclaimed objects. 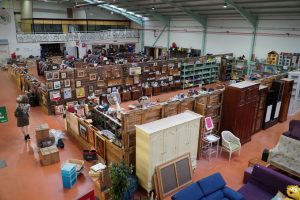 The Conference participants enjoyed lunch at the venue: 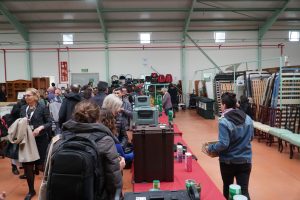 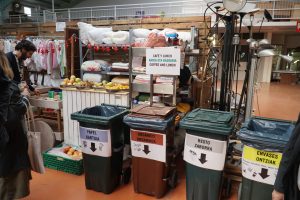 Conference participants could also watch a movie the on circular economy in Ludoteca at headquarters of Traperos de Emaús Navarra. 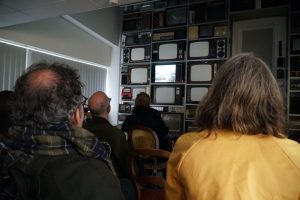 …and attend a tour around Traperos de Emaús Navarra facilities where collected items from citizens through door-to-door collection, green points and street containers are being segregated: 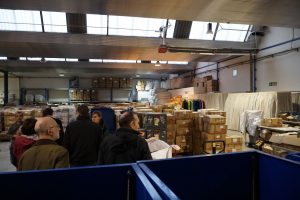