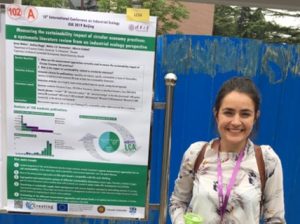 The contribution from the CRESTING ESRs to the circular economy-related parallel sessions revolved around different topics: operationalising the concept of cascading (Kieran Campbell-Johnson) and the socioeconomic implications of e-waste in China and Nigeria (Kaustubh Thapa) to the missing links of the CE (Circular Economy) with corporate practices such as sustainability reporting (Katelin Opferkuch) and 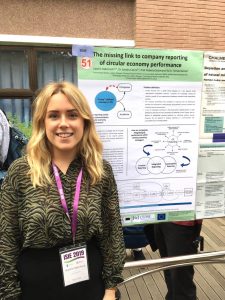 product data management (Anna Diaz).  An additional hot topic – metric development for a CE – was addressed through a critical review on evaluation approaches of CE at the company level (Erik Roos Lindgreen) and a review of sustainability impact measurement of CE through Industrial Ecology (IE) approaches (Anna Walker). 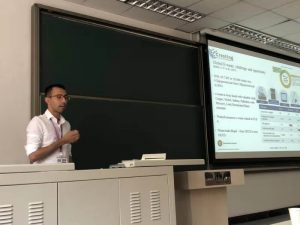 ESRs also attended a variety of talks by well-known ISIE figures, including Prof. Marian Chertow on the Sustainable Development Goals, Prof. Arnold Tukker on circular metabolisms and Prof. Yi Qian who spoke on changes and sustainability opportunities in China.  The context and international audience provided a good opportunity to observe the competing and divergent understandings of the CE as discussed by participants.  It was thought-provoking to hear about different interpretations of the scope of CE: while CE was commonly connecting to
mainly recycling- or other end-of-life solutions by some experts, others connected to a broader life-cycle-based understanding of the concept, in line with research of the R-hierarchy, see here.  On a similar note, most of the presentations on sustainability mainly concerned the economic and environmental dimension, leaving the social dimension somewhat marginalised.  However, a handful of contributions presented results and advancements of transdisciplinary research towards sustainability.

In that respect, the social science background underlying the ESRs’ work added a valuable dimension to the conference. Both their oral and poster presentations were well received by the group of predominantly Natural Scientists.  While Prof. Marina Fischer Kowalski, a sociologist, was one of the founding members and former ISIE president, the influence from Social Sciences 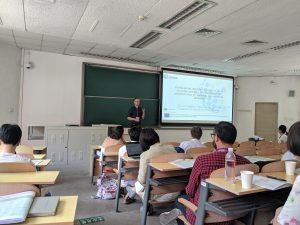 appeared to have dwindled since her retirement.  A key discussion point related to how knowledge generated by the research society could be most effectively used by society at large.  After all, the idea to perpetuate the proliferation of research results as an end in itself did not seem laudable by ISIE members. Therefore, the Cresting ESRs felt their presence and research could contribute to making academic ideas more accessible to practitioners, especially due to the transdisciplinary and participatory nature of much of their research.

The participation of scientists working on CE was especially valued by the other participants. There was a concern among the community was that the field of CE would split from one of its main lineages, IE Industrial Ecology), and present itself as novel field.  While this option seems realistic from a practitioner point of view, scholars working on CE are very aware of IE’s contribution to the operationalisation of a CE, especially when it comes to design and measurement approaches of circular systems.  The principles of Design for Environment, Industrial Symbiosis, Life Cycle Assessment and Material Flow Analysis are vital for implementing a CE and have been recognised as such in relevant academic literature.  It may well be, however, that this knowledge on the actual heritage of these so-called new ideas is more limited among some private sector actors.  Nevertheless, practitioners have succeeded in presenting these existing ideas in a new light, making them more interesting for business and have simultaneously seen a rapid uptake in policymaking.  It is not the ideas that are new, but the angle of perception that has been adjusted to the eye of the private and public sector, in a way which actually makes these IE approaches implementable.

Through this enriching experience at ISIE 2019, the ESRs were able to network with researchers all over the globe and to diffuse their research results into a research society with a long tradition of CE related topics. These connections promise even more inclusive transdisciplinary research for the CRESTING project in the future. 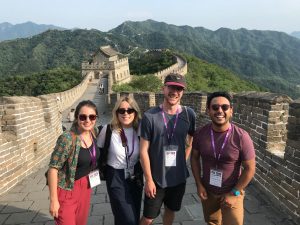